Posted on October 15, 2012 by Shackelford Funeral Directors under Uncategorized
Leave a comment 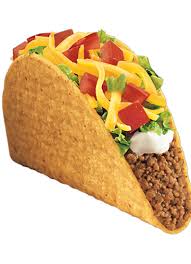 My father was a fastidious eater, to say the least; not picky, just particular.  Anything still recognizable in the fridge, although fuzzy and green, was fair game for consumption, as long as the mold-covered, top layer could be removed and discarded.  Bread was equally treated, but scraped with a knife instead of a spoon.  However, in everything there had to be balance – an equal bite of each vegetable and meat until the plate was empty.  Should he run out of green beans before macaroni and cheese, he would look around the table for a half-finished plate and, after asking permission, would help himself to the portion of the meal that was no longer available on his.

In particular, he hated messy food.  Being the consummate professional that he was (and on call 24/7), he never took off his dress shirt and tie until he put on his p.j.s – meaning  supper (in my entire life, I never ate dinner) was eaten with a great deal of care since it would be incredibly wasteful to have to change shirts immediately thereafter.  The tie would be neatly tucked inside the shirt or thrown over his shoulder, depending upon which afforded more protection, and there was always a napkin in his lap or, on the messiest of occasions, tucked under his chin and into his shirt collar.

His greatest enemy proved to be the simple, unassuming, hard-shelled taco.  In the days of my youth, taco pile-on did not exist, so the only way to achieve the taste and texture of a taco was with a taco.  Short of allowing it to become incredibly soggy with salsa and grease from the ground beef, there was no drip-proof way to consume one – yet still he tried.   With great precision, he would layer the perfectly seasoned meat into the shell that my mother had warmed on a cookie sheet in the oven (thereby making it even more brittle than it already was).  Next came the lettuce and chopped tomatoes followed by the shredded cheese, sour cream, and salsa.  With great deliberation he would lift his creation to his mouth, being careful not to allow any liquid to drain from the other end, wrap his lips around the heavily laden shell, and bite … only to hear that oh too familiar sound of the taco shell cracking down the center of the spine.  After that it could only go downhill.

One night he assembled his taco with his usual care, layering meat, lettuce, tomatoes, cheese, sour cream, and salsa in their usual order.  Then, so very gently, almost reverently, he laid the taco in the center of his plate, raised his fist in the air, and brought it down with a resounding crunch.  Looking over at me with that mischievous smile that signified victory, he cleaned his hand with his napkin, reached for his fork, and began eating.

It was a metaphor of his entire life.  If he was determined, there were no insurmountable obstacles.  Nothing was impossible, albeit impractical, and no amount of negativity could deter him.  Only when the forces of nature conspired against him did he surrender – and even then he fought with all he had.

We could all learn so many lessons from his battle with those confounded tacos.   Never give up; there is almost always another way to attack a problem.  Revel in your victories for they may be few and far between – but don’t dwell upon them to the point of arrogance.  Just because life throws it at you does not mean you can’t duck – or throw it back with equal velocity.  Even if something makes a mess or requires greater care and effort to accomplish, that does not mean it is not worth pursuing.  And always keep plenty of napkins on hand.  You never know when a moment of inspiration will require a little clean-up afterwards.

This post was written by Lisa Thomas, manager at Shackelford Funeral Directors in Savannah, Tennessee.