Posted on October 22, 2012 by Shackelford Funeral Directors under Uncategorized
Leave a comment 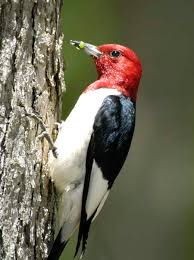 There is a woodpecker that lives in the funeral home in Savannah.  O.k  – it’s not a real woodpecker but the persistent, confounded knocking that the alarm system in the apartment makes when it isn’t happy. What apartment?” you may be asking.   The last 30 years of my mother’s life and 31 years of my father’s were spent in an apartment on the north side of the funeral home.  For those who find that rather odd, it made perfect sense to my father.  All he had to do was walk out the door and he was at work (as though he ever left).  There were telephones in the apartment that had the funeral home lines on them and telephones in the funeral home that had their home phone on them.  Basically, the whole building was their house, but the private part opened off the service hall and expanded into a three bedroom, three bath, two story wonder.  I think it was actually larger than the house they moved out of, or at least comparable in size.

In this apartment my mother had an alarm system installed, complete with smoke detectors, some hardwired in and some that were wireless.  And whenever the battery was low in one of them, the woodpecker would return – that confounded, persistent knocking that could be heard all up and down the service hall and even in our downstairs arrangement room. Tap, tap, tap, tap, tap.  Pause.  Tap, tap, tap, tap, tap.  Pause.  It would go on endlessly.   I could go to the control panel and clear the system and silence the blasted thing, but only temporarily.  Before long it would return, determined to drive us to the brink of insanity or beyond.  All it would take to banish the bird was a battery or two, but that was something we just never seemed to have, at least not those little watch-like things that we believed they all required.

But today, one of the guys was errand-running and I suggested that perhaps he could take this tiny little battery with him and find a suitable, well-charged replacement.  He was agreeable, especially since the woodpecker was presently pecking, so I opened the apartment, drug a chair to the appropriate spot, and proceeded to open the smoke detector.  Much to my surprise, this one required two nine volt batteries, something we keep on hand for the microphone in the chapel.  He offered to get two and walked away with the smoke alarm, leaving me standing in the chair … waiting.

I’ve never been one to wait patiently.  I have to be doing something.  Anything.  If I’m in the doctor’s office, I read the posters and notices on the wall.  If I’m in an airplane, waiting for takeoff, I’m reading the notices over the doors or thumbing through the air mall magazine or reading the book or magazine I’ve brought with me.  I can’t not do anything.  I don’t know how.  So while I’m standing in the chair, kinda bouncing up and down, testing the strength of the springs – and fate – I take stock of my surroundings.  There’s the ramp that’s still in place, the one we built and carpeted so my mother could get down into the sunken living room without having to negotiate the two steps that she had so lovingly included in the floor plan years before, when her balance was better and her knees and hips not so arthritic.  There’s the secretary that I always told her I wanted when she died.  Somehow it wasn’t as appealing as it once had been.

And then I saw them, those tiny little holes, all clustered together beside the decorative trim that graced the board that traveled up the wall beneath the treads of the stairway.  They were little rosettes with little sprigs coming out from them, something I imagine her interior decorator had concocted and something with which, I’m very certain, she had been exceedingly pleased.  And there, in a nice, neat grouping beside each piece of trim, were at least fifteen to twenty holes.  Tiny holes – thumb tack sized holes – each one representing the placement of a Christmas stocking down the stairway each December.  There was no fireplace so there was no mantel, but there were always stockings.  Granted, they all looked exactly alike and were especially made just for her so the colors were right for the apartment (that meant beige and peach), and they never had anything in them on Christmas day, but our names had been on them and every year my father would precisely place them exactly where they needed to be, ascending the staircase.

I got down from my perch atop the chair and walked the length of the staircase.  Yes, there were just enough “damaged” spots for the entire family, at least as entire as we had been at the time – one for my mother and one for my dad.  There were places that had been occupied by my brother’s and his wife’s and, eventually, their two children.  And there were places for mine and my husband’s and our two children as well.  And suddenly I felt so sad.  So sorry that life had ended so soon for them and had been so difficult during their last years—so sorry that there wouldn’t be anymore memories.  That my grandsons would never know their great-grandparents and that their great-grandparents, especially my dad, would never know them.

And that there would never be a stocking for Wilson or one for Anderson that would grace the stairway, placed precisely in the right spot by my father with his exacting eye and steady hands.  And in that moment, three years since my father’s death and four plus since my mother’s, I longed for things as they once were.  Grief is a sneaky little devil, one that jumps out at the most unexpected times for the most unexpected reasons and quietly whispers “boo …” in your ear.  I have always hated things that jump out and go “Boo!” even if it is done quietly.  And then Nate returned with the smoke detector and I climbed back in the chair, ready to return it to its rightful place so life could move on again, void of a woodpecker and two people.

This post was written by Lisa Thomas, manager at Shackelford Funeral Directors in Savannah, Tennessee.